Where the Startups Roam – Top Startup Cities in the US

As a high-tech entrepreneur I’ve always thought about relocating to one of the top startup cities in the US. But which cities are these? Besides the Silicon Valley many cities have claimed at one point or another to be the “top startup city in the US”.

I tried to take a more quantitative approach to defining this list of cities using Crunchbase as a source of information on high-tech companies. I ran a search on Crunchbase to see how many companies were listed as having been founded since January 2009 in different cities around the US.

As these results were quite interesting, I decided to check the number of companies founded in each city since January 2008 to see if the results were consistent with my previous findings. 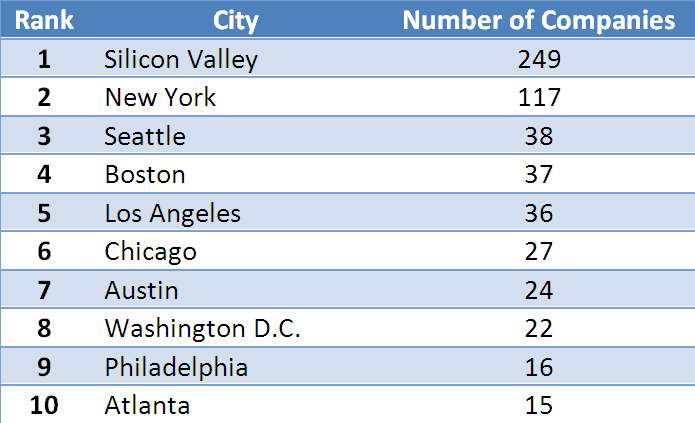 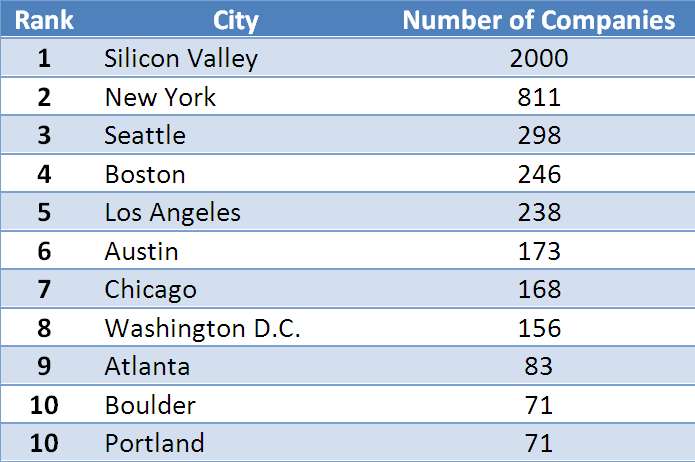 As you can see the results are quite clear and are fairly consistent between the different tests.

So there you have it – those are the top startup cities in the US according to the Crunchbase-Baror criteria.

* Methodology: Crunchbase was used to search for all companies listed as being founded from the given date and being located within a 10 mile radius of the selected city. For the Silicon Valley the search criteria was a 50 mile radius from San Francisco to make sure the whole valley was indeed accounted for.

This entry was posted in Uncategorized. Bookmark the permalink.